Yuzo practices in a broad range of areas, including:

Between 2002 and 2019, Yuzo practiced in commercial litigation and dispute resolution at national, mid-tier and boutique law firms, as well as a senior in-house litigation counsel with a top 20 ASX listed company in the financial services industry.  In that time, he has conducted trials, appeals, arbitration and mediation, and litigated in a wide range of complex civil and commercial cases.  He was then called to the Bar in Queensland in 2019.

In addition to his broad civil and commercial practice, he also practices in criminal law and workplace health and safety law.  In particular, he is experienced in advising on white collar crime, such as fraud, wage theft, phoenix activities, breach of officers’ duties and corporate criminal responsibilities.

Between 2011 and 2021, Yuzo served as a specialist reserve legal officer (reaching the rank of Squadron Leader) in the Royal Australian Air Force where he practiced in all aspects of military law, including military discipline, criminal, administrative sanctions and inquiries, and public international law.  He accepts instructions from current and former ADF members who require legal representation in civilian courts.

He is presently a member of the Equal Opportunity and Diversity Committee of the Queensland Bar Association, a mentor to junior lawyers with the Asian Australian Lawyers Association, and a reporter with Queensland Law Reports.

Yuzo qualified as a pilot before he became a lawyer.  He started flying at the age of 15 and by age 20, he fully qualified as a commercial pilot and obtained a multi-engine command instrument rating and passed all Australian Transport Pilot Licence theory examinations.

Yuzo presently serves as Vice President of the Queensland Japan Chamber of Commerce and Industry. He is fluent in Japanese and is often retained to advise and act on behalf of Japanese companies and Japanese citizens who require legal representation in both civil and criminal proceedings in all Australian courts.

2004:   Admitted as a solicitor of the Supreme Court of Queensland (after completing 2 years of articles of clerkship from 2002 to 2004)

2004:   Admitted as a barrister and solicitor of the Supreme Court of Australian Capital Territory

2004:   Registered to practice in the High Court of Australia 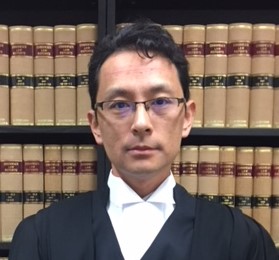