He has a broad general commercial practice, although undertakes criminal matters also.

Jason holds a Bachelor of Laws (Honours) from the Queensland University of Technology.

He appears in the Supreme and District Courts, the Federal Court of Australia, the Childrens Court of Queensland, the Magistrates Court and the Queensland Civil and Administrative Tribunal regularly.

Jason acts and provides advice in matters involving bankruptcy and insolvency, building and construction, contractual disputes, trusts, equity, restitution, corporations and company law, and competition and consumer law. He has represented (unled) clients at trial and interlocutory applications, and at mediation.

In criminal law he has appeared for both the prosecution and defence on numerous serious criminal matters including trials, sentences, applications and committal hearings with evidence (including for a murder).

Prior to being called to the Bar, Jason practised as a senior solicitor at the Office of the Director of Public Prosecutions and Legal Aid Queensland, having carriage of high profile and complex criminal prosecutions.

In 2013 he was the Associate to his Honour Judge David Searles of the District Court and Planning & Environment Court of Queensland.

Jason is a member of LawRight (formerly QPILCH) and undertakes pro bono work, including judicial review and administrative law matters.

He is a law reporter and reports on commercial, criminal and administrative cases for The Queensland Reports.

Allen v G Developments Pty Ltd & Anor [2019] QCA 287. Appeared for the successful appellant. Primary issue was construction of a poorly drafted deed of loan and whether the borrower was required to pay interest at 25% per annum on outstanding principal. The Court considered the application of the principle that parties are presumed to intend a commercial result (led by Stephen Lee).

An adjudication under the Building and Construction Industry Security of Payment Act 1999 (NSW) [2022]. Represented the contractor/applicant (mining ventilation) in an adjudication under the Act seeking $5.5M payment under a $23M contract, and defending a $28M setoff by the principal (mine operator). Complex matter involving preparation of lay and expert evidence. Succeeded in recovering $4.7M plus costs and defeating setoff in entirety (led by Matthew Jones).

CapFF Pty Ltd v Queensland Building and Construction Commission [2020] QCAT 408. Represented the contractor in an application to review a decision of the QBCC to deny coverage under the statutory home warranty scheme under the Queensland Building and Construction Commission Act 1991 Qld). Two day oral hearing with cross-examination of multiple witnesses including experts (unled).

Council of the City of Gold Coast v Davies & ors (District Court proceeding 2721/19). Acted for the Gold Coast City Council in an application (2022) for extension of time (led by Keith Howe).

Esteb v Mengan Pty Ltd et al (Federal Court of Australia proceeding QUD98/2021). Acted for the plaintiff (applicant) in a dispute concerning underpayment of wages and proprietary estoppel claims, including in respect of a share held in the defendant company (led by Christopher Murdoch QC).

Al Raja v Hummingbird Place Pty Ltd et al (District Court proceeding BD 1342/2020). Acted for the plaintiff in a claim for misleading or deceptive conduct and restitution for unjust enrichment for a contract that failed to materialise (unled).

Cecil Healy Pty Ltd v Grisman (District Court proceeding BD 584/19). Acted for the plaintiff in respect of the trial of a claim for conversion of a motor vehicle (unled).

Lugton v Hall (District Court proceeding BD 1587/18). Acted for the defendants in a property related dispute in an application to dismiss proceedings for want of prosecution (unled).

PWB Enterprises Pty Ltd v Maine (District Court proceeding BD 24/17). Acted for the plaintiff in respect of a contractual dispute and a counterclaim for negligence causing loss of opportunity (unled).

In the matter of Oilseeds Australia Pty Ltd (Supreme Court proceeding BS 6028/22). Acted for the successful applicant in an interlocutory application to set aside a statutory demand under the Corporations Act 2001 (Cth) for non-compliance with statutory timeframes (unled).

Commonwealth Bank of Australia v State of Queensland; in the matter of McCrohon [2020] FCA 582. Appeared for the Bank in a vesting application under the Bankruptcy Act 1966 (Cth) (unled).

Commonwealth Bank of Australia v State of Queensland; in the matter of Welford [2019] FCA 1362. Appeared for the Bank in a vesting application under the Bankruptcy Act 1966 (Cth) (unled).

Office of Workplace, Health and Safety Prosecutor v Ahmedov & Service2Go Pty Ltd QMC 2022. Acted for electrical contractor and company in sentence hearing in respect of dozens of contraventions of the Act (unled).

R v [a juvenile] CCQ 2021. Represented at trial a child charged with rape and sexual offending of two complainants. Acquitted on all counts.

R v [a juvenile] CCQ 2020. Represented at trial a child charged with violent armed robbery and unlawful use of a motor vehicle to facilitate the offence. Primary issue was identification and photo board evidence. Acquitted on all counts. 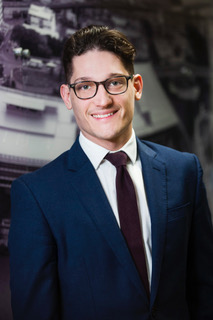