Luke was called to the bar in 2021 and practises primarily in proceedings related to the use and development of land including planning appeals and originating applications, enforcement proceedings, resumption and valuation disputes.  He also accepts briefs in general commercial and administrative law matters, particularly those relating to land use or real property.

Before coming to the bar, Luke was an associate to a judge of the Federal Circuit Court of Australia and District Court of Queensland and worked as a solicitor in the Planning, Environment and Government group of a national law firm, finishing as Special Counsel.

Luke holds honours degrees in Arts (majoring in Political Science and History) and Laws from the University of Queensland. 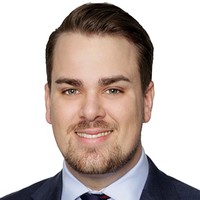